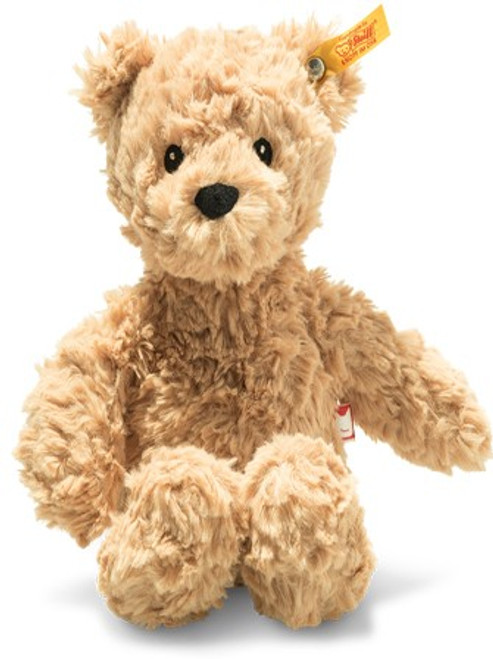 Special Features: Measuring 8 inches tall, our beige-colored Jimmy Teddy bear is made of plush suitable for baby-soft skin. His embroidered eyes, firm nose, and cuddly ears with a stainless steel “Button in Ear” all go together perfectly. Jimmy is covered in wonderfully untamed, cuddly plush, and is machine washable on the gentle cycle.