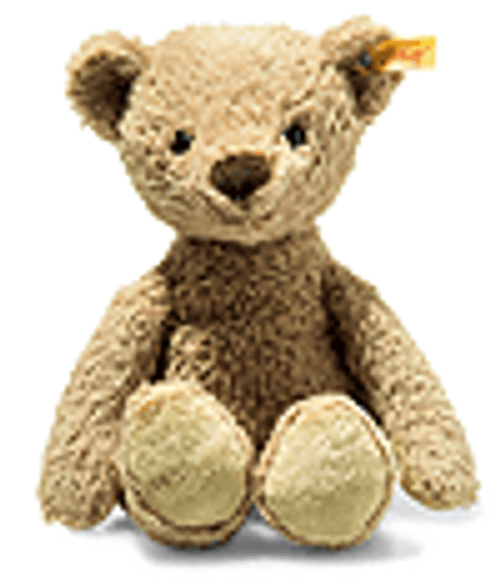 Special Features: Introducing an all-new addition to the famous Steiff  Teddy  family: our Soft Cuddly Friends Thommy.  This beautiful bear is individually handmade from sumptuously soft plush, with matching paw pads. Thommy's silhouette is similar to traditional Steiff Teddies of the past, but with an updated look with today's tastes in mind. This adorable Teddy has bright black eyes, a cute dark brown nose, and an embroidered mouth. Bean bags in his bottom, arms, and legs make playtime even more fun and allow him to sit steadily. And of course, he proudly wears the  famous  Steiff tag and stainless steel “Button in Ear."