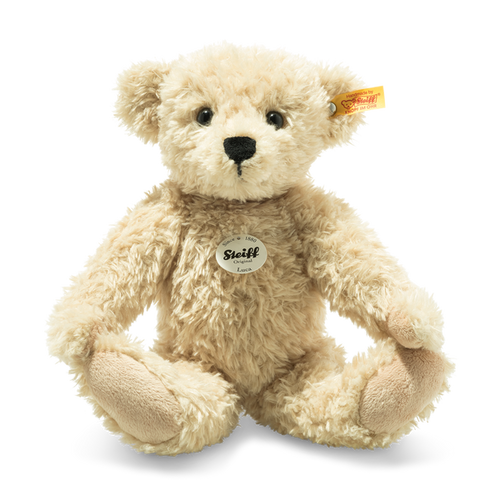 Special Features: Luca Teddy bear is a beige bear made of wonderfully cosy, long-pile plush and is a lovable companion for any child. Is this perhaps down to his pretty face with those shiny eyes, black nose and semi-circular ears, his “Button in Ear” or his Teddy bear body with bean bags in his bottom for extra cushioning? Or maybe it’s the way Luca Teddy bear starts the day. He offers a morning greeting, raises his arms and legs once to keep fit, loves to hear about nice dreams (and offers comfort for bad ones), discusses breakfast ideas (his tip is honey) and much more besides.