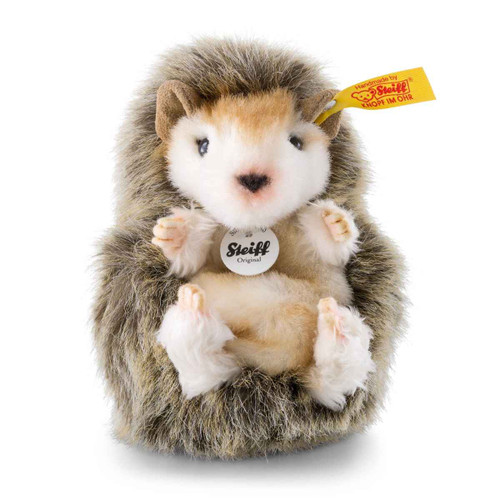 Description: Kids need not worry about Joggi's spines. Little Joggi hedgehog is very friendly and cuddly. His coat is made of soft woven fur and his paws of high quality felt. Also notice the lavish airbrush details in Joggi's fluffy fur and face. The hedgehog practically measures 10 cm, which means he's small enough to put in a school satchel or play school bag. If Joggi does hide away under the earth, he can simply be machine washed at 30°C.