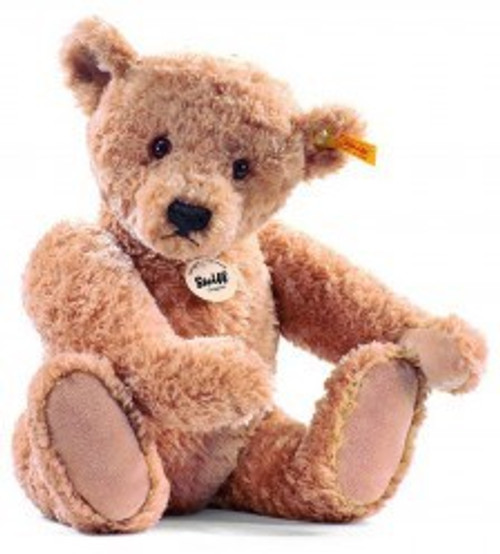 Description: Steiff Teddies come in so many styles, sizes, and colors -- it's hard to choose just one! But we're especially fond of our Elmar Teddy, a traditonally designed bear with an updated, cuddly soft coat of durable synthetic polyester. Like all the finest Steiff Teddies, Elmar is five-way jointed. He's also softly stuffed to make him extra huggable. Elmar has shoe-button-style eyes and is entirely handmade in our very own workshops. He's machine washable and ultra-durable.