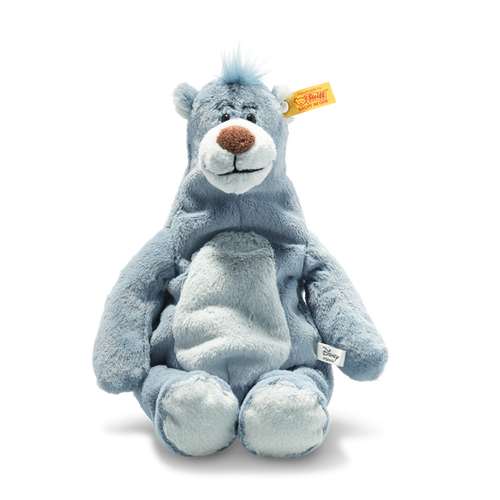 Special Features: He’s the most easygoing bear you could ever imagine. Soft Cuddly Friends Disney Baloo will bring a calming influence to family life. Get up quickly? – Not with Baloo. A little dispute? – Baloo has the solution. Real worries? – Baloo offers a friendly ear. Measuring 31 cm tall, Baloo is a cuddly soft plush bear with a wonderfully endearing character. His kind eyes observe us and a gentle smile graces his striking snout. His little, two-tone bear ears are just waiting to be fondled by little hands. His pale-coloured belly and paws are just some of his unmistakable markings. The tuft of blue hair on his head adds to his unique look. Bean bags in his arms, legs and bottom make playtime even more fun. See how cosy and calm life can be! Have a great time with Baloo!