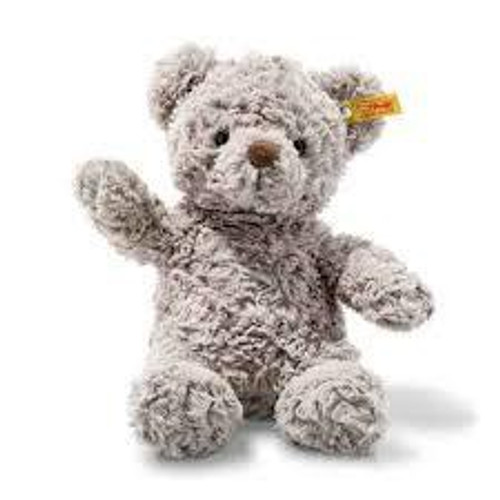 Description: "Soft Cuddly Friends Honey Teddy bear" - the name alone says it all: With his honey-sweet smile he will steal the heart of any child. The bean bags included at his rear, paws and soles allow him to be firmly seated on a surface. And they are also perfect for teaching your child to grip.