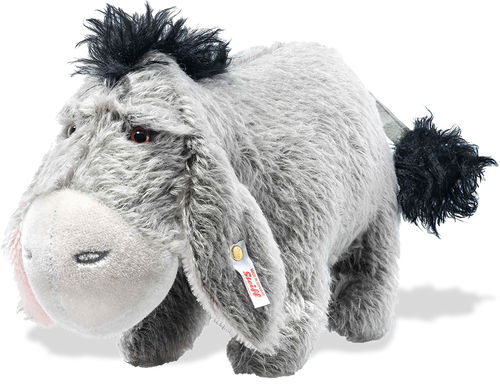 Special Features: “Thanks for noticin’ me …” says Eeyore, the third of A.A.Milne's popular characters from Disney's 2018 film “Christopher Robin” to be made by Steiff. He joins Pooh and Tigger from previous collections that were also versions of characters from the hit theatrical motion picture. Full of charm (though usually gloomy in disposition), Eeyore is made from mohair, has embroidered facial details, and a fuzzy mane. His most distinctive feature? As Eeyore himself proclaims:  “it’s not much of a tail, but I'm kinda attached to it …”