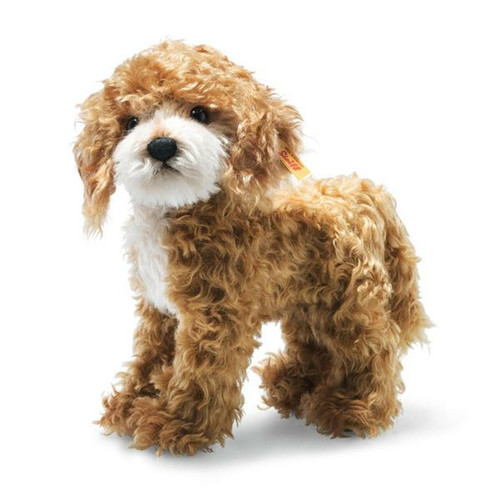 Special Features: Measuring 10.5 inches, our 1-way jointed, standing Ricky Cockapoo is an elegant pup who is new to the Steiff Classic range. He is covered in tousled, fine brown mohair from the top of his rotating head right down to his paws The white on his muzzle and chest create a nice contrast. The longish hair on his muzzle is just as typical as the carefully airbrushed little patch on his jet black nose. His upright posture and relatively long legs speak to the proud Poodle in him.