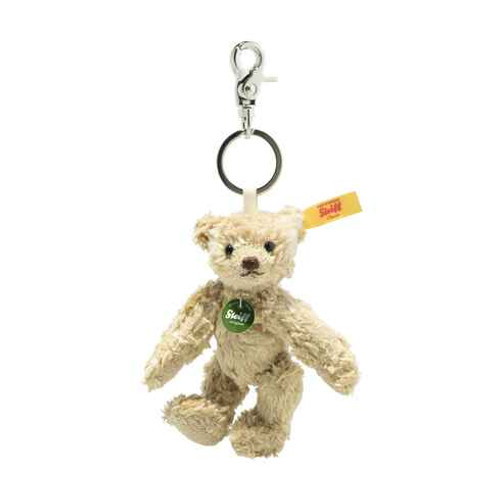 Special Features: This Basko Teddy bear keyring is the newest addition to our Teddies for Tomorrow collection. His plush coat is made of bamboo viscose, which has been carefully woven and roughed up until the plush is soft and silky. Basko is stuffed with recycled PET bottles. His attractive nose, cotton soles and paws, special neck tag and smart, stainless steel Steiff “Button in Ear” make him a special little accessory.